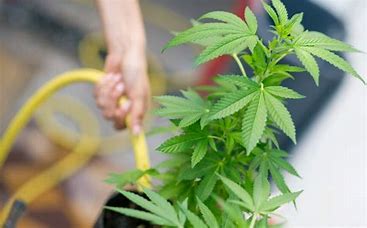 In all provinces except Manitoba and Quebec, you can legally grow up to four cannabis plants on your property for personal use. These four plants are treated the same as any other legal plant on your property and are covered under your Home insurance policy. If you illegally exceed the number of plants allowed in your province or territory, your claim may be denied entirely.

Legislation introduced by the federal government improves roadside screening and implements new charges for driving while impaired by drugs, including cannabis. Driving while under the in fluence of cannabis is illegal and can result in increased auto insurance premiums. Learn more about the dangers of cannabis impaired driving.

If you use cannabis for medicinal purposes, you may be asked about your medical condition during the life insurance application process. While recreational cannabis use won’t impact your rates, heavy use could cause higher premiums or a declined application.

What else you need to know about cannabis

While it’s legal for adults to use cannabis in Canada, each province and territory has different rules. It’s your responsibility to know what’s legal and what isn’t in the province or territory where you live or visit, including:

For more information on the cannabis laws, visit the federal government’s

Several provinces have adopted a no-fault insurance system designed to help streamline the claims process. This system can be very beneficial to insurance customers, but it can also be confusing. If you aren’t quite clear on what no-fault really means and how it affects your insurance, you are not alone. Fortunately, no-fault insurance is not complicated; it simply outlines how claims are handled by the insurance companies involved.

No-Fault Doesn’t Mean No one is at Fault

No-fault insurance simply means that it does not matter who is found at fault; your insurance company will handle your claim and pay out for damages and injuries to you. The other person’s insurance company will do the same. Someone will still be determined to be negligent in the accident, and that person may experience a potential rate increase upon renewal or when shopping for car insurance quotes. Fault can also be split between the two parties in percentages, in which case both may see an increase in insurance rates.

The Benefits of No-Fault Insurance

No-fault insurance can benefit the insured in a variety of ways. In the tort system, the two insurance companies would investigate the accident and determine fault – then, the company whose insured driver was found responsible would pay for all of the repairs and damage. No-fault insurance simplifies the process of getting claims paid out by having your insurance company pay for your damages, no matter who is at fault.

Drivers will receive insurance benefits quickly and without the long drawn out process of litigation. There is no need to fight with another insurance company in order to get benefits and the cost of a legal battle is avoided by both sides. This allows you as the insured to get your car repaired quickly and to have medical issues taken care of without worrying if the other insurance company will refuse to pay or argue fault.

No-fault insurance generally cuts out the incredible cost of lengthy legal battles that use time and resources – all of which add up to higher insurance rates overall, because the insurance companies have to spend more money fighting every claim. Some provinces do still allow injured parties to sue for pain and suffering, economic loss or both while others do not. This allows injured parties to recover losses beyond the limits of the policy.

The Cons of No-Fault Insurance

Although no-fault insurance does make things simpler in the event of a claim, it also changes the negative manner in which at-fault parties are impacted. Although the party found at fault will face insurance rate increases, the injured party’s insurance will still have to pay out on the claim; rather than the at fault party’s insurance company taking the full responsibility. Some people feel that the no-fault insurance system protects bad drivers, while leaving good drivers without recourse when their property is damaged or they are injured.

No-fault insurance does not eliminate the problem of resources wasted on lawsuits. Although the promise of no-fault insurance has been to keep overall premiums for insurance down by reducing wasted resources on claims fought out in courts, insurance rates as a general rule continue to rise. As each province has determined whether or not an injured party has the right to sue, in some provinces legal battles continue, impacting overall insurance rates.

What No-Fault Insurance Means to You

If you live in a no-fault insurance province and have a claim, you can expect that your insurance company will pay out on the claim in a relatively speedy manner. To receive benefits, you will not have to wait for fault to be determined or for a long fight between the insurance companies to be resolved. Depending on the province in which you live, you may have the right to sue for pain and suffering or economic loss or both, but you will receive immediate benefits up to the policy limits without delay.

If you are found to be partially or completely at fault in the accident, you may see an increase in your insurance rates on renewal – as such, you may want to compare your car insurance rate and find the lowest available rate. You do have the right to appeal a fault determination – but remember that in some provinces such as Ontario, fault determination is set out in very clear guidelines. In many provinces you may also still face a lawsuit for damages that exceed the limits of the injured party’s policy.

If you are not at fault, your insurance company will pay out for your damages up to the policy limits, and you will not likely see an increase in rates. If the policy limits are reached and you are still at a financial loss, your provincial laws may allow you to sue for the difference.

No-fault insurance has both pros and cons, as does tort insurance. In some cases it can make the claims process much simpler; but this varies from claim to claim and province to province. It’s important to be aware of the laws in your home province in regards to the right to sue. Remember that no-fault still means you can be found at fault, so drive safely and responsibly every time you get behind the wheel

Today is a good days ask yourself “What do you want?  What’s standing in your way?” 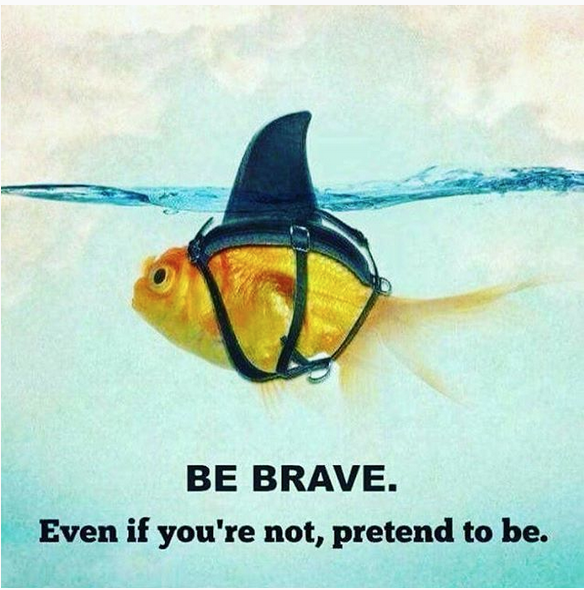 Are you at a cross roads in your life?  Or are you looking to grow a business?  No matter what your personal goal is – no one person can do it alone.  You need to attract people into your life who will move you forward towards that dream.

The Ottawa woman’s Mastermind meet up is way to attract key people into your life, learn from each other by using THE LAW OF ATTRACTION, POSITIVE ATTITUDE and IMAGINATION to reach your next goal.

This group is a bit unique in what my vision is. The group is not a place to sell your products or advertise yourself to find clients. I am not looking for coaches – I am looking for students.  It is a 6 part series that meets every 2nd Tuesday Starting Feb 28th, 2017.  This is NOT A NETWORKING GROUP

See you Feb 28th 2016 at 7 PM  at the Merivale Bowling Alley.  If you have any questions please send me an email or give me a call. You can also follow me on my blog www.kimberlypringle.com

Kimberly Pringle, owner of Ottawa Woman’s Mastermind Is offering an Introduction to PERSONAL DEVELOPMENT for the Muslim Woman’s Business Network.

Having a business goal and looking for Personal Development does not mean you have to sacrifice your beliefs or core values. Embrace your Core Values and Beliefs and your business will grow!

No matter what your personal goal is – no one person can do it alone. You need to attract people into your life who will move you forward towards that dream.

Kimberly uses the principles she teaches in her Ottawa Woman’s Mastermind groups to talk about personal development and bring like-minded woman together to share ideas, improve your life and build a business.

Attending this event is a fantastic way to attract key people into your life, learn from each other by using THE LAW OF ATTRACTION, POSITIVE ATTITUDE and IMAGINATION to reach your next goal.

This is a personal development event  – not a networking event. This event is not be a place to sell your products or advertise yourself to find clients. It’s a place to come together and learn.

Come out to this this great free event! 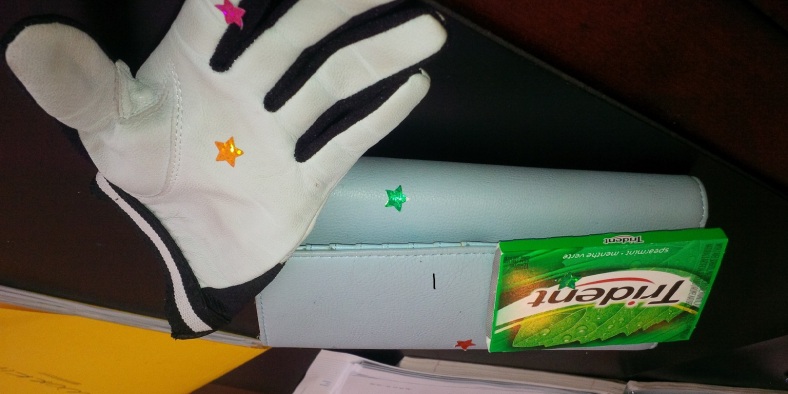 I have been a student of Napoleon Hill & his life’s work for over 10 years.  As a coach and motivational speaker I often talk to people about the Law of Attraction.  ‘You attract into your life the things you think about the most’.  In my Ottawa Woman’s Mastermind group I give out ‘Gold Star’ stickers (old school) when someone has an “AH HA” moment.  It is fun and makes people smile.

Today when I was at the store I reached into my purse to get my wallet and noticed there was a ‘star’ stuck on it.  Then I noticed that my curling gloves also had a ‘star’ on them.  There were ‘star’ on EVERYTHING.  They were everywhere!  That is when it hit me – I am always giving out ‘stars’ to other people to motivate them and celebrate success.  Today the ‘universe’ gave me a couple of ‘stars’.  It said ‘Kim – you are a star – don’t forget it’.

Now you can be a negative person and say ‘the box of stars spilled in your purse’.  Or you can think – The Universe knows a ‘star’ when it sees one!  I’m going with the 2nd one.

We all have stars – we just need to look. 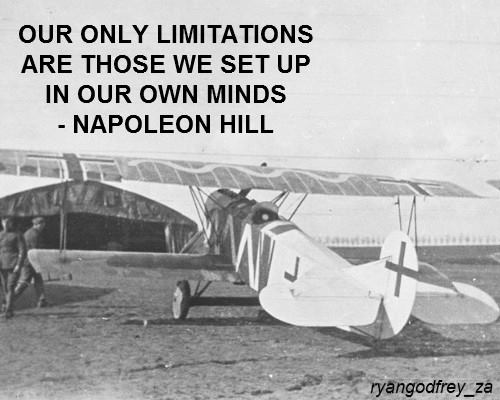 In 1948  Napoleon Hill asked ‘The Devil’ (in an interview) what the  Devil’s greatest weapon over human beings was?

” The Devil replied – My greatest weapon over human beings consists of two secret principles by which I gain control of their minds.

I will speak first of the principle of habit, through which I silently enter the minds of people. By operating through this principle, I establish the habit of drifting.

When a person begins to drift away from their goals, they are headed straight toward the gates of what you earthbound call hell.

A drifter is one who permits himself to be influenced and controlled by circumstances outside of his own mind.  He don’t know what he wants from life and spends all of his time getting just that.   A drifter is one who is too lazy mentally to use his own brain. That is the reason I can take control of people’s thinking and plant my own ideas in their minds. “